Here's why LatinX chose The Doorman...

The Doorman is about a young Cuban refugee who becomes a doorman at a luxury apartment building. While being alienated by the tenants, their pets seduce the doorman. The pets plan to revolt against humans and human society. 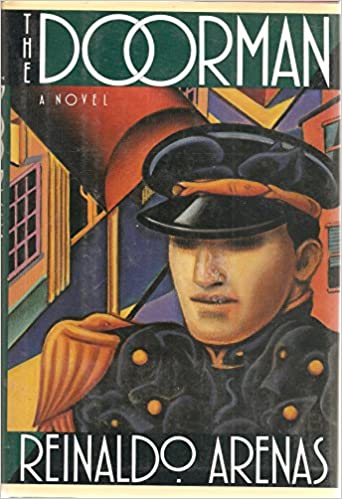 Reinaldo Arenas is the most highly acclaimed writer of Cuba’s post-revolutionary generation. The Doorman, his first work set in the United States, breaks new ground with the extraordinary and tragic story of Juan, a young Cuban refugee who becomes a doorman at a luxury apartment building in Manhattan. Oddly alienated from the tenants, Juan finds himself being seduced by their pets–a bear, a rattlesnake, an orangutan, goldfish, cats, dogs–who speak to him, determined to recruit him to their cause: a revolt against humans and human society, and a mass flight to liberty. Fantastic, satirical, dizzyingly inventive, The Doorman is a bittersweet parable about freedom and community, told with a profound sense of humanity. - Grove Atlantic

“A remarkable writer as much for his talent as for his intellectual dignity.” –Octavio Paz

Trailer for the award-winning film about the author