Here's why Cathleen chose The Art of Leaving...

I love teaching Ayelet Tsabari's stories from The Greatest Place on Earth in English 1B--and I am interested in learning more about her. Born in Israel and moving to Canada, Tsabari has had to adapt to a new language and culture, unlike me. She also lost her father when she was 9, like me. I'm eager to read about how she has navigated these challenges in her life.

The Art of Leaving: A Memoir 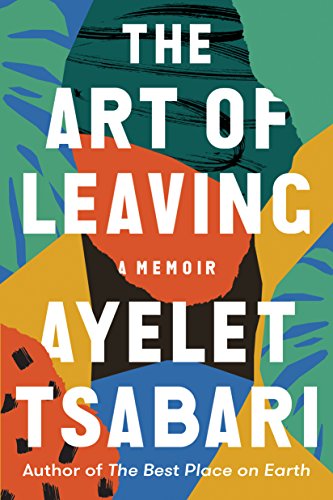 This searching collection opens with the death of Ayelet Tsabari’s father when she was just nine years old. His passing left her feeling rootless, devastated, and driven to question her complex identity as an Israeli of Yemeni descent in a country that suppressed and devalued her ancestors’ traditions. In The Art of Leaving, Tsabari tells her story, from her early love of writing and words to her rebellion during her mandatory service in the Israeli army. She travels from Israel to New York, Canada, Thailand, and India, falling in and out of love with countries, men and women, drugs and alcohol, running away from responsibilities and refusing to settle in one place. Eventually, she realizes that she must reconcile the memories of her father and the sadness of her past if she is ever going to come to terms with herself. - Penguin Random House

“The Art of Leaving will take you on an emotional journey you won’t soon forget.”—Hello Giggles

More about this book