Summer Reading 2020: ◦ The Bus Driver Who Wanted to be God

Here's why Adi chose The Bus Driver Who Wanted to be God...

The Bus Driver Who Wanted to be God 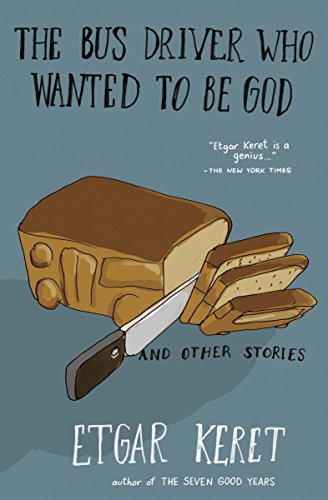 Israel's hippest bestselling young writer today, Etgar Keret is part court jester, part literary crown prince, part national conscience. The Bus Driver Who Wanted to Be God gathers his daring and provocative short stories for the first time in English. Brief, intense, painfully funny, and shockingly honest, Keret's stories are snapshots that illuminate with intelligence and wit the hidden truths of life. As with the best comic authors, hilarity and anguish are the twin pillars of his work. Keret covers a remarkable emotional and narrative terrain-from a father's first lesson to his boy to a standoff between soldiers caught in the Middle East conflict to a slice of life where nothing much happens. Bus Driver includes stories from Keret's bestselling collections in Israel, Pipelines, and Missing Kissinger, as well as Keret's major new novella, "Kneller's Happy Campers," a bitingly satirical yet wistful road trip set in the afterlife for suicides. - Goodreads

"A brilliant writer...completely unlike any writer I know. The voice of the next generation." — Salman Rushdie

The author on lying