Here's why Lindsey chose A Room of One's Own...

Woolf’s legendary status as a sharp, brilliant, experimental novelist and critic is due in large part to this 1929 classic. She makes one of the most important and influential arguments in feminist history, which rips apart the ideas of women’s supposed intellectual inferiority. She asks a famous question: what if Shakespeare had had an equally brilliant sister? Read to find out! Woolf has inspired punk songs for good reason.

A Room of One's Own 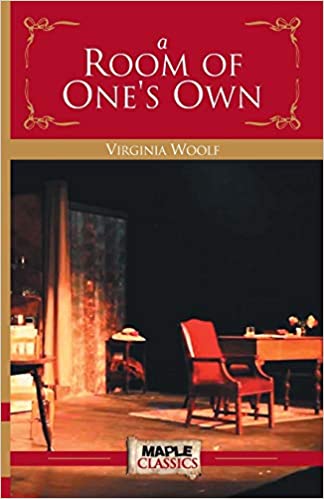 A Room of One's Own is an extended essay by Virginia Woolf. First published on the 24th of October, 1929, the essay was based on a series of lectures she delivered at Newnham College and Girton College, two women's colleges at Cambridge University in October 1928. While this extended essay, in fact, employs a fictional narrator and narrative to explore women both as writers of and characters in fiction, the manuscript for the delivery of the series of lectures, titled Women and Fiction, and hence the essay, are considered nonfiction. The essay is seen as a feminist text and is noted in its argument for both a literal and figural space for women writers within a literary tradition dominated by patriarchy. - Goodreads