Kindred talks about the impact of slavery and incorporates time travel. A woman goes back in time and meets her previously enslaved ancestors. 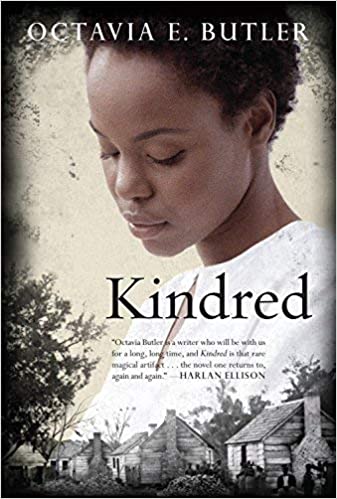 The first science fiction written by a black woman, Kindred has become a cornerstone of black American literature. This combination of slave memoir, fantasy, and historical fiction is a novel of rich literary complexity. Having just celebrated her 26th birthday in 1976 California, Dana, an African-American woman, is suddenly and inexplicably wrenched through time into antebellum Maryland. After saving a drowning white boy there, she finds herself staring into the barrel of a shotgun and is transported back to the present just in time to save her life. During numerous such time-defying episodes with the same young man, she realizes the challenge she’s been given... - Goodreads

One of the most original, thought-provoking works examining race and identity. --Los Angeles Times

This is Max, Mikayla, and BSU's first summer read recommendation!