Summer Reading 2019: Inside This Place, Not of It

Here's why Somerset and Melia suggest Inside This Place, Not of It: Narratives from Women's Prisons...

If you are interested in reading personal narratives from the marginalized voices of incarcerated women, this book is for you! Learn more about what it means to be a woman in American prisons today, and the many unique experiences and stories that live within this system.

Inside This Place, Not of It: Narratives from Women's Prisons 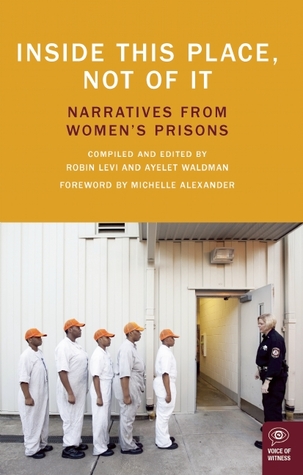 People in U.S. prisons are routinely subjected to physical, sexual, and mental abuse. While this has been documented in male prisons, women in prison often suffer in relative anonymity. Women Inside addresses this critical social justice issue, empowering incarcerated and formerly incarcerated women to share the stories that have previously been silenced.

Among the narrators:
•Irma Rodriguez, in prison on drug charges. While in prison in 1990, Irma was diagnosed HIV positive, but after a decade and a half of aggressive and toxic treatment, Irma learned that she never had HIV.

•Sheri Dwight, a domestic violence survivor who was sent to prison for attempting to kill her batterer. While in prison, she underwent surgery for abdominal pain and learned more than four years later that she had been sterilized without her consent. - Goodreads

An interview with two prisoners

This is Somerset's and Melia's first summer read recommendation!