There's a lot of talk about refugees in the US these days, so it's time to understand what that really means. Abdi Nor Iftin was a teenager growing up in Somalia who learned English from cheesy American pop songs and '80s movies. When radicals took control, he emigrated and eventually won the visa lottery to emigrate the U.S.  His "dramatic, deeply stirring memoir"  is "truly a story for our time: a vivid reminder of why America still beckons to those looking to make a better life."

by Abdi Nor Iftin 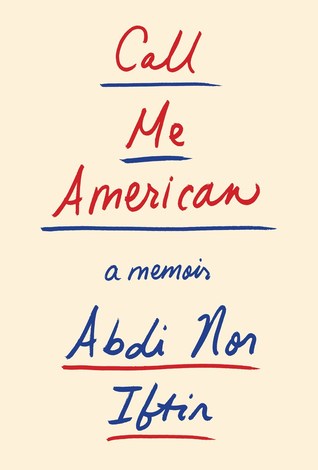 War-torn Somalia is the unlikely incubator for an immigrant success story in this wrenching yet hopeful autobiography. Iftin was five years old in 1991 when a decadeslong civil war engulfed the Somali capital of Mogadishu; his family witnessed massacres by militias, survived death marches, and endured years of starvation. His one escape from grim reality was a movie theater where he learned English watching American action movies, and his enthusiasm for the wealth, freedom, and rough justice depicted in them earned him the nickname “Abdi American.” That spelled trouble, however, when the rise of Islamic extremism brought harsh religious strictures—he was flogged for going to the beach with a girl—and attacks on anyone associated with America. A chance 2009 encounter with an American reporter got him a gig doing radio dispatches for NPR, and more Islamist threats; after his house was bombed, he fled to the enclave for persecuted Somalis in Kenya, and finally, after navigating the labyrinth of U.S. immigration rules, moved to rural Maine, where he now works as a translator. Written in limpid prose, Iftin’s extraordinary saga is not just a journey of self-advancement but a quest to break free from ethnic and sectarian hatreds. - Publishers Weekly