Why Audrey picked Franny and Zooey

Franny and Zooey is made up of a short story and a novella that follow a teenage girl trying to sort out the world and her views on it. It takes place over just a couple days and is mostly dialogue between a few characters. Franny is having a breakdown and possibly an existential crisis and Zooey is enlisted by their mother to talk her out of it. Though it is mostly made up of characters talking, the descriptions of the Glass family and their home are vivid and almost cinematic. We follow characters trying to figure out their own outlook on the changing world they live in. It’s a book that will really suck you in and stick with when you finish it because it captures a disoriented feeling that is hard to describe but resonates now as much as it has for the past 60 years.

About Franny and Zooey 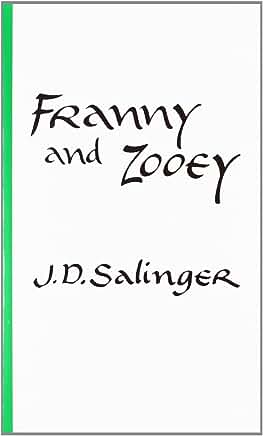 Franny Glass is a pretty, effervescent college student on a date with her intellectually confident boyfriend, Lane. They appear to be the perfect couple, but as they struggle to communicate with each other about the things they really care about, slowly their true feelings come to the surface. The second story in this book, ‘Zooey’, plunges us into the world of her ethereal, sophisticated family. When Franny’s emotional and spiritual doubts reach new heights, her older brother Zooey, a misanthropic former child genius, offers her consolation and brotherly advice.

Written in Salinger’s typically irreverent style, these two stories offer a touching snapshot of the distraught mindset of early adulthood and are full of the insightful emotional observations and witty turns of phrase that have helped make Salinger’s reputation what it is today. - Goodreads

Past picks by Audrey: