Summer Reading 2021: After the Flood

Why Kris picked After the Flood

I read in my college newsletter that a fellow alum and author, Kassandra Montag, had just published a book that sounded part post-apocalyptic saga, part “the love of a mother,” and part climate change horror story. In After the Flood, the reader learns that the world has changed dramatically due to sea level rise and an inexplicable source of underground water that left only mountaintops across the earth as dry land. The main character Myra is on mission to find her oldest daughter who was taken years earlier right before the flood by the girl’s father. All the while, Myra is living on a boat, wandering the planet, trying to raise her younger daughter. Imagine living on the water all the time, with only a few stops here and there to pick up supplies at small outposts clinging to the side of mountain tops. This is a fascinating story of survival, love, and seeking answers that may never get answered.

About After the Flood 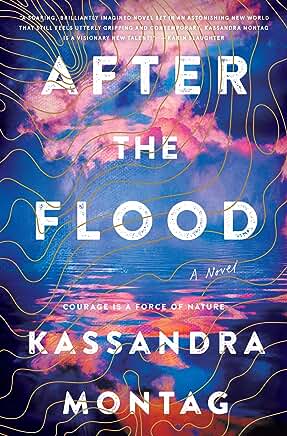 For seven years, Myra has grieved the loss of her oldest daughter, Row, who was stolen by her father after a monstrous deluge overtook their home in Nebraska. Then, in a violent confrontation with a stranger, Myra suddenly discovers that Row was last seen in a far-off encampment near the Arctic Circle. Throwing aside her usual caution, Myra and Pearl embark on a perilous voyage into the icy northern seas, hoping against hope that Row will still be there.

A compulsively readable novel of dark despair and soaring hope, After the Flood is a magnificent, action packed, and sometimes frightening odyssey laced with wonder—an affecting and wholly original saga both redemptive and astonishing. - Goodreads

Montag’s thrilling debut takes place in a future climate-change-altered world overrun by water… Anchored by a complicated, compelling heroine, this gripping, speculative, high-seas adventure is impossible to put down. - Booklist

Past picks by Kris: