We all need to value and defend the Wilderness. Beautiful writing, strong arguments, and radical activism might be just the thing Earth and its human inhabitants need. 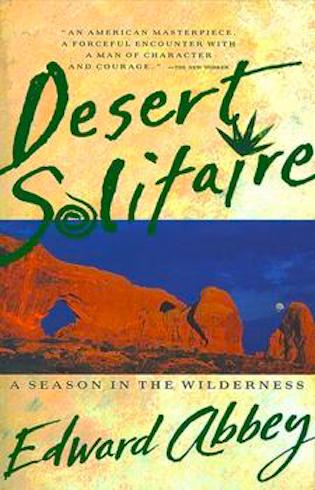 Hailed by The New York Times as “a passionately felt, deeply poetic book,” the moving autobiographical work of Edward Abbey, considered the Thoreau of the American West, and his passion for the southwestern wilderness.  Desert Solitaire is a collection of vignettes about life in the wilderness and the nature of the desert itself by park ranger and conservationist, Edward Abbey. The book details the unique adventures and conflicts the author faces, from dealing with the damage caused by development of the land or excessive tourism, to discovering a dead body. However Desert Solitaire is not just a collection of one man’s stories, the book is also a philosophical memoir, full of Abbey’s reflections on the desert as a paradox, at once beautiful and liberating, but also isolating and cruel. Often compared to Thoreau’s Walden, Desert Solitaire is a powerful discussion of life’s mysteries set against the stirring backdrop of the American southwestern wilderness. --Simon & Schuster

The Curious Story of Edward Abbey