Summer Reading 2018: The Monk of Mokha

The Monk of Mokha 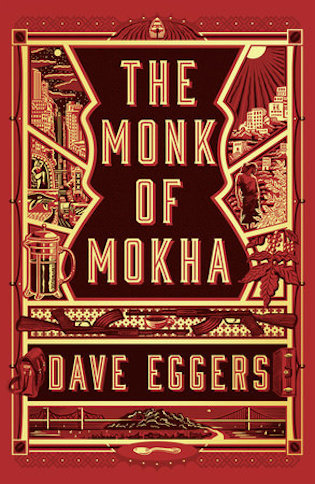 From the best-selling author of The Circle, the true story of a young Yemeni-American man, raised in San Francisco, who dreams of resurrecting the ancient art of Yemeni coffee but finds himself trapped in Sana'a by civil war--and his riveting tale of escape.
Mokhtar Alkhanshali grew up in San Francisco, one of seven siblings brought up by Yemeni immigrants in a tiny apartment. At age twenty-four, unable to pay for college, he works as a doorman, until a statue of an Arab raising a cup of coffee awakens something in him. He sets out to learn the rich history of coffee in Yemen and the complex art of tasting and identifying varietals. He travels to Yemen and visits countless farms, collecting samples, eager to bring improved cultivation methods to the countryside. And he is on the verge of success when civil war engulfs Yemen in 2015. The US Embassy closes, Saudi bombs began to rain down on the country, and Mokhtar is trapped in Yemen. Desperate to escape, he embarks on a passage that has him negotiating with dueling political factions and twice kidnapped at gunpoint. With no other options, he hires a skiff to take him, and his coffee samples, across the Red Sea. A heart-pounding true story that weaves together the history of coffee, the ongoing Yemeni civil war, and the courageous journey of a young man--a Muslim and a US citizen--following the most American of dreams. --Goodreads.com

"Remarkable...offers hope in the age of Trump...Ends as a kind of breathless thriller as Mokhtar braves militia roadblocks, kidnappings, and multiple mortal dangers." --The Guardian

"Exquisitely interesting...This is about the human capacity to dream--here, there, everywhere." --San Francisco Chronicle

Between the World and Me by Ta-Nehisi Coates